In January 2018, about 2 m of snow has been accumulated on top of Gepatschferner - this about four times the amount of the full previous season. The station is still working and has survived a severe storm in Dec. 2017 - great! Now we look forward to the summer seasonin this challenging environment at 3526 m a.s.l.

From GPR, mass balance and intraglacial temperature measurements the summit of Weissseespitze was selected as our main test site - perfect place!

At the highest point of Gepatschferner in Ötztal Alps/Kauner valley we find about 20 m ice at -5°C. In any case, we expect find ice definitely beeng older than Ötzi - the core analysis will show if these estimate is correct.

Spent some days on Austria's highest summits to do GPR surveys, BTS and mass balance measurements. Thanks to the mountaineers to share the small ridges with us!

Prospecting cold base summit glaciers in the Austrian Alps:

A novel approach to past glacier extent

Mountain glaciers can serve as climate archives over periods and in regions for which other climate information is extremely scarce. Almost all information on Holocene glacier extent in the Alps is based on moraine datings, dendrochronology and exposure age studies, referring to valley glacier tongue positions, but not to the high Alpine area. In contrast to the pioneering work done in the Western Alps, the existence of cold ice at summit glaciers has not been investigated systematically in Austrian Alps to date. The overarching project aim is to research minimal glacier extent of summit glaciers during the Holocene period. To this end, cold base summit glaciers will be identified to be studied for their geometry, englacial temperatures, as well as for their surface mass and energy balance. The glacier stratigraphy and ice build-up process is investigated based on analysis of water isotopes, chemical and physical properties, along with radiometric dating methods. Key research questions are: i) what are the maximum age constraints of cold base ice at the highest elevations? ii) what are energy flows from and to the present day cold ice bodies at their interfaces withthe  atmosphere and with possibly frozen bedrock? Ten test sites in exposed summit ranges with relatively low precipitation have been selected for this purpose. These sites will be thoroughly investigated for snow and ground temperatures, internal stratigraphy, surface flow velocity and ice body geometry based on probing and ground penetrating radar. These data will be used to identify the most promising sites for sampling basal ice by lateral access and by ice core drilling. One automatic weather station will record englacial and basal temperatures, BTS temperatures of the surrounding, energy and mass balance, as well as repeat photography of the surface properties. Data from historical archives will be collected and analysed to find changes in the topography of the summit glaciers since the first documentation, which usually was done during the Little Ice Age (LIA). We neither expect a continuous stratigraphy nor continuous climate information in the ice samples. The analysis of chemical and physical properties of the ice cores includes major ions, melt water conductivity and insoluble micro particle profiles, in combination with δ18O and δD; the physical parameters cover ice density, grain size and bubble density. The investigation of radionuclides include the bomb tritium time horizon, from which the possible recent ablation rate is inferred. 210Pb and radiocarbon analyses of the particulate carbon fraction will be deployed to constrain the maximum age down on the decadal and the millennial time scale, respectively. In this way the project will archive whatever information is left in the cold ice of the Austrian summit glaciers today. 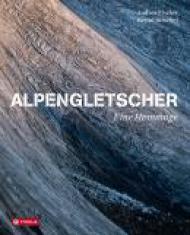 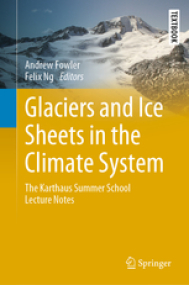